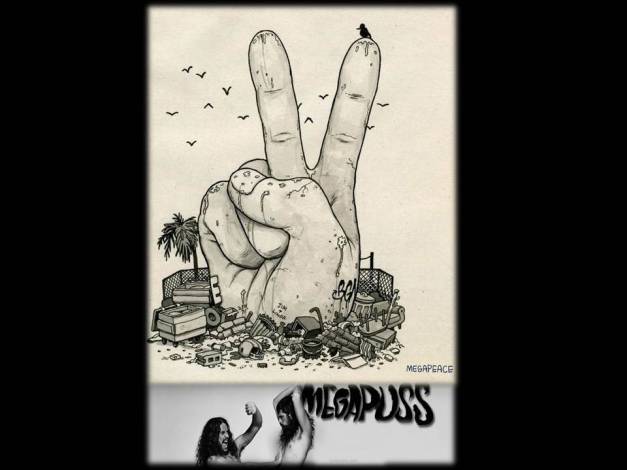 “Well, I have a band — it’s me and the drummer from Priestbird, Greg Rogove. What started off as a joke — “Let’s start a band and let’s make up song titles” — to our surprise and shock, we started writing songs, and we’ve written eight songs that I’m really really proud of and excited about. We’re gonna record a real record, and we’re called MEGAPUSS.”

Megapuss is the  band formed by Devendra Banhart and Gregory Rogove of Priestbird. Though this project initially started out as a joke, the duo fleshed out the band with three other members, not least of which is Fabrizio Moretti ( The Strokes) on drums. And  the joke is  evolved into a full album release with Surfing… 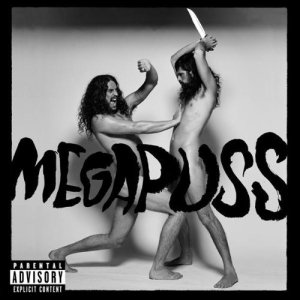 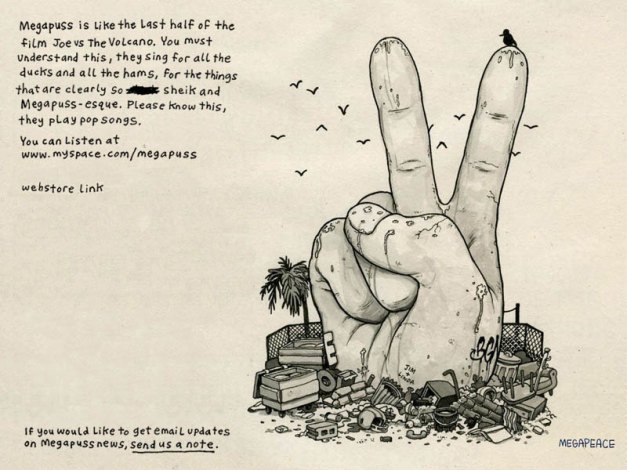