your friends are still in , Scott… 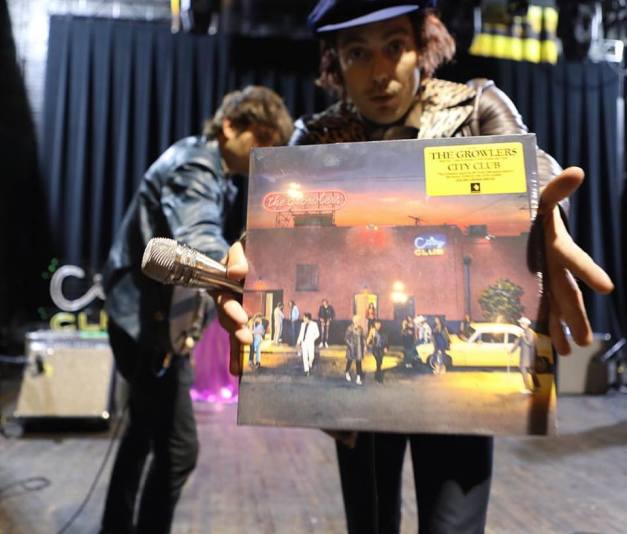 Have you ever looked forward to something so much that when it finally came time to experience it your expectations weren’t met and you were left feeling some disappointed?
If you follow this site then it is probably no surprise that I love their music, Isn’t hard to remember for me they was one of the first band I wrote about on wearethelastbeatniks when it was just a baby blog in 2010, and what they have pushed out since then has been of mind-blowing vibes, their hazy brand of surf psych rock was something that I could never tire of.
Well, trying continuing with that tradition is their newest release called City Club.
The pairing this time with Julian Casablancas had me giddy with intrigue, actually was really worried when I heard that the Growlers and Julian Casablancas would be working together (although I like Strokes in some way) but I was actually surprised. Well, I been listening to this disc nonstop since it came out …at the time that first listen was some disappointing, but now that I’m hearing the awesomeness that is like they managed to sink their beach goth teeth subtly into the veins of fifth avenue’s rock through Casablancas’s leather blazer, they have bled that Julian influence dry while still managing to ultimately keep things sounding near of path that I love, every tiny aspect of this music is intentionally arranged to maximum effect.
Although with Casablancas like producer, and absence of a major player like Scott, this Growlers are not reincarnation that I waited, still feel like you are sitting in a beach watching the sun slowly pierce the morning sea mist.

One comment on “your friends are still in , Scott…”