Come, look with me past the slow black rain of a chill night in Manchester…

From 2008 The Underground Youth is thee hot spot for British Shoegaze and Post- Punk reference here on wearethelastbeatniks club. The Craig Dyer’s project quickly birthed a whole mess of killer psychedelic rock within this 7 years of existence.
Yet another positively stunning releases on this year with hypnotic swirls, making distortion seem so brilliantly deliberate and full of passion, an emotional workout , not one suited for a casual listening I think. Come, look with me past the slow black rain of a chill night in Manchester, ignore the sighs of street corner sirens… and walk with me between heaven and hell over The Onderground Youth vibes. 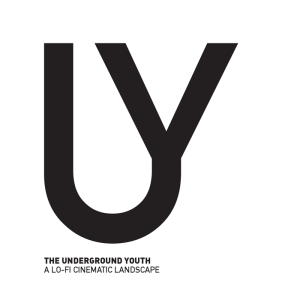 “A Lo-fi Cinematic Landscape is a collection of primarily instrumental recordings that would form the soundtrack to an unfinished short film I began work on back in 2013. Although the script was never fully conceived and no footage was filmed, these recordings accompany the story as I imagined it would be told.”