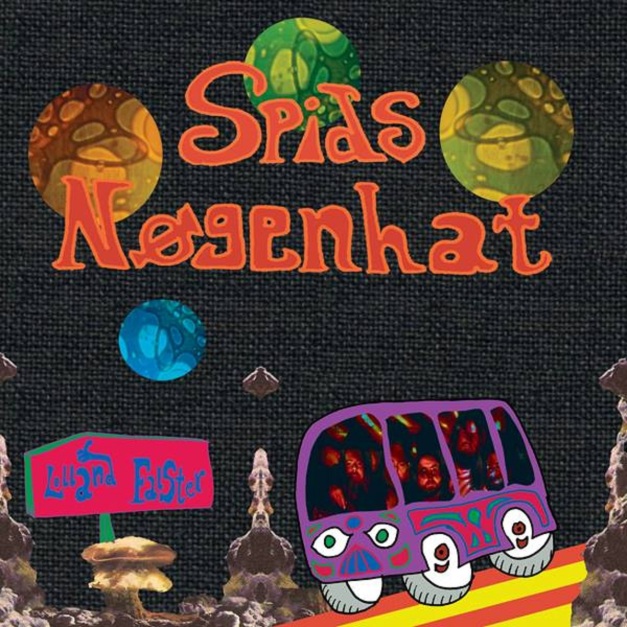 For those who need further proof that the Danish are really good at psych rock , may I present Spids Nøgenhat´s  new effort , a band who crank out a racket so familiar sounding that you would swear you already heard these voices, but so catchy that you will be too busy shaking ass to bother thinking where was.
Web rip   (obviously, is not available any version to  my country, so I had rip it ) of this absolutely devastating   København’s  five pieces  new release , that blow the damn roof of the psychedelic rock paradigms. combining  the rocker punch to the gut with trippy  vibes .

October 21st Spids Nøgenhat will release their second studio album entitled “Kommer Med Fred (roughly translated to “We Come in Peace”). Spids Nøgenhat have their own take on how psychedelic rock should sound and are deeply rooted in Danish acid rock of the early 70’s that somehow had a special sound compared to what was happening in the rest of the world at the time. The lyrics are in Danish and the album contains 7 original songs and a cover version of Den Gennemsigtige Mand by Furekåben.

Spids Nøgenhat (which translates to the magic mushroom Liberty Cap) was originally formed as a side-project in 1996 by Henrik “Hobitten” Klitstrøm, Morten “Aron” Larsen and Uffe “Aramis” Lorenzen (Lorenzo Woodrose) who at the time all were part of the Copenhagen based band On Trial. A band that since has led to numerous offshoots like Baby Woodrose, Ghost Rocket, Dragontears, Black Beacon Orchestra, Aron and lately Blind Owl & Good Spirits.

The origins to Spids Nøgenhat started a few years earlier though when Lorenzo and Aron spend some time together playing acoustic guitars in a very basic folk format. Lorenzo was at the time already full on recording his own 4-track folkpsych project called Pandemonica which was a big inspiration for all and led to loose and stoned late night jamming in the rehearsal room. Aron and Lorenzo also played acoustic folk in the streets of Copenhagen trying (very unsuccessfully) to expose the common public to Roky Erickson, Love and Spirit.

By 1996 Spids Nøgenhat were a trio including Hobbitten and started to explore the psychedelic folk format even more. Three guitars, a singer, some natural inspiration and lots of echo on top was the trademark sound of the band at the time. In 1997 the band got a deal to play every Friday and Saturday for a month at Cafe Rust in Copenhagen. A difficult place to play folkrock. Imagine a room full of party people trying to score that had very little interest in listening to three acidheads stoned out of their mind. So they never got back there again. But they played 6 gigs more in Copenhagen and Nykøbing Falster and one show in Germany

Inspired by Danish acid rock bands from the early 70s like Alrune Rod, Røde Mor and De Fortabte Spillemænd they recorded their debut album “En Mærkelig Kop Te” (A Strange Cup of Tea) at the Mad Scientist Music Lab in the Northwest part of Copenhagen in 2000. Nick Hasselby engineered the recordings and Lorenzo played organ, bass and drums to complete what was now a fully electric band.”En Mærkelig Kop Te” was released in 2001 on Orpheus Records and did not receive much attention at the time but since then it has grown into a serious cult album with many reprints on vinyl. After the first album and the Alrune Rod 7″ released on Lorenzos Pan Records the band disbanded. Lorenzo got busy with Baby Woodrose, Arons started his own solo carreer and Hobbiten was still in On Trial.

The band resurrected in 2009 after public demand now including Anders “Moody Guru” Skjødt and Anders “Fuzz Daddy” Grøn, who both were in the original line-up of Baby Woodrose along with Lorenzo, and Sebastian “Zeppo” Bülow who contributed with the great visuals that always give a special vibe to the Spids Nøgenhat shows. A legendary concert at Roskilde Festival in 2011 later turned into the live album “De Sidste Her På Jorden” from 2012.

Bad Afro Records will release the long awaited follow up album to “En Mærkelig Kop Te” October 21st 2013. First print of the LP is limited to a 1000 copies on black vinyl. A limited edition cassette version of a 100 copies will only be available at their shows.

The first single “Lolland Falster” will be online September 9th. 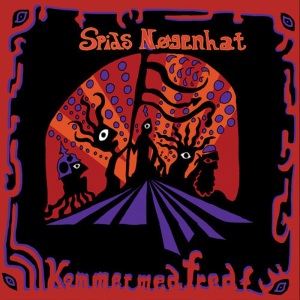