Some of Primitive Stoner Rock flavored psychedelia ? . This time it comes courtesy of Kadavar , a raw, rock worshipers trio from some cave in Berlin. .Kadavar is made up of three talented entities known as “Lupus” Lindemann , “Dragon” Bouteloup and “Tiger” Bartelt and Abra Kadavar is the band’s last full lenght , released last month.
Through all their stuff it is scraping, fucked-up, white-hot psych Stoner on the way we love it here at wearethelastbeatniks. Overdrive and chaotic, will raise the neck hairs on any Stoner Rock interested. Trust me. This is fuckin´ mandatory.

The world’s leading scientists recently declared in unison: time travel can no longer be considered fiction but reality! Neither did their certainty originate from hypothetical thought experiments, nor from years of testing in isolated laboratories. It was the record of a rock trio from Berlin, Germany, that had dropped into the professors’ laps out of the blue and led them to proclaim joyfully: “Warm, intense, authentic – doubtlessly a gift from bygone times!”

It was already with 2012’s eponymous debut album that KADAVAR casted a spell on all fans of solid riff-driven yet doom-like 70’s hard rock à la BLACK SABBATH or PENTAGRAM. Marrying this with the spacy psychedelic approach of early HAWKWIND and mixing in a distinct own touch while preserving their icon’s warm vintage charm can doubtlessly be considered the trio’s key to success – astoundingly high vinyl sales and support shows for bands such as SLEEP, SAINT VITUS, PENTAGRAM and ELECTRIC WIZARD as well as stunning festival gigs at “Stoned From The Underground”, “Yellowstock” and “Fusion Festival”, among others, underline KADAVAR’s status as one of the scene’s most exciting acts.

Carrying the experiences of dozens of played live shows as a source of inspiration inside them, KADAVAR entered the timeless space of their studio end of last year to procure supplies for their ever growing fan base that was starving for more – in the form of their second full-length album and debut on Nuclear Blast. “After last year’s final show had been played in mid-December, we started writing new songs”, drummer and studio owner Tiger recalls. “We’ve already had a couple of finished tracks in May 2012, but those were eventually released on a split-LP with AQUA NEBULA OSCILLATOR in November 2012, which is why we started at square one again. As we knew that there was no procrastination and no going back for us, we sat down for two weeks straight to finish composing with total commitment. We’re perfectly happy with the outcome – I’d even say that “Abra Kadavar” comprises the best compositions we’ve created to date. The songs are more diversified, the ideas feel more spontaneous. Moreover, we’ve tried to capture much more of our live energy, which is why we’ve recorded almost everything all together in one room, with the amps turned up to the max – solely the vocals and a handful of guitar solos were added afterwards.”

There’s time until April 12, 2013 to grow a full beard, resole your platform shoes and iron your bell-bottoms. From then on, KADAVAR invite us to escape the 21st century’s soulless musical mishmash once again by entering the realms of “Abra Kadavar“ – down-to-earth handmade classic rock from a time when music still used to be true art!

7  Living In Your Head [Bonus Track]

6 The Lovers And The Moon

7 From The Flying Dutchman

Pressed By – Technicolor
comes in a triple-fold digipack.
“The man I Shot” is on the CD release only. 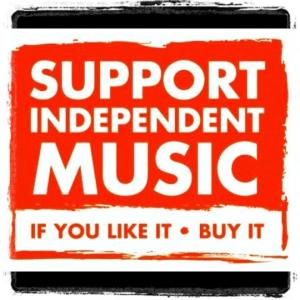 6 comments on “Some of Primitive Stoner Rock flavored psychedelia ?”