Dedicated To Love And Riding Tigers

Posted by pepearljam on 7 March, 2013
Posted in: Acoustic, Rock. Tagged: The Darkness. Leave a comment

Dedicated To Love And Riding Tigers

An appreciation or a distaste for The Darkness is instantaneous. It doesn’t take long to know which side of the fence you fall on. Where it gets quite interesting is wondering what kind of pathetic, joyless, sexless, party-fucking-pooper of a lame-O would fall on the side of the fence that doesn’t get behind such a glamorous, debauchery-encouraging, boozing, women-loving spectacle. It’s not the kind of band that’s going to go around lighting a bunch of shit on fire and acting like a bunch of cocks – writing music that’s all about bragging, about conquests and strange power.

The Darkness is a group that would like nothing more than for you and everyone you know to join in on their orgy. They’d love it if you’d just give it a go with them. It’s sure to be a good time. It’s sure to be nothing like you expected it to be. The songs that they write aren’t macho in nature, but more feelie. They are songs that are all about mutual orgasms. They are brilliant and cascading love songs, spelled out with occasional curse words for exclamation, giving it a very real context and, in a way, a more honest take on the whole thing. While they’re completely over-the-top, these are insanely romantic songs, at their very core.

They are songs that – when zoomed out upon – might paint these guys as dirty scamps, riding around looking for more ass than they’d ever know what to do with, but on the micro level, very close up, they are songs that tend to illustrate some pretty heartfelt dedication. If that dedication leads to rampaging horniness and copious amounts of sex, hell, that’s what almost every warm-blooded human being is hoping their dedication is going to lead to.

And if saying fuck all to anyone who cares too much about what your motivations are, or how you go about your courting, is wrong, so be it. We’d all much rather be having too much sex than not enough sex and for the luckiest percent of people, we’d much rather (as lead singer Justin Hawkins does on occasion) get to ride a stuffed, life-sized white tiger over a crowd of people whilst playing a guitar solo than not doing that. So, who’s the big winner now? 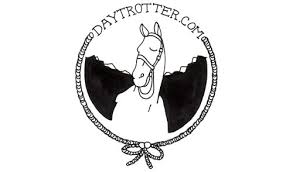