Back in 2008, a lot of heads turned to clock Crystal Stilts’ Alight Of Night, their first album after a string of here-today-gone-tomorrow singles and EPs. It wasn’t exactly a surprise – Crystal Stilts felt like part of a new age dawning, of underground collectives and random, crazy groups who’d rediscovered the joys of noise-pop and set about creating their own Creations – but there was something unique about Crystal Stilts, something hermetic yet gorgeous about the world they created. With their new album, In Love With Oblivion, they stretch things further still, honing their songcraft, indulging their more strung-out sides, full of elliptical verses and perfectly chiming guitars, cranky pop organs and the punkest of rhythms. It’s a perfect blend of pop smarts and beguiling experiment.

Converging in the quiet of South Florida, Brad Hargett and JB Townsend dreamt a perfect pop group and then set about recreating the dream. Along the way to New York, they collected members, record labels, a cultish fanbase, raves from the likes of Dean Wareham and Stephen Pastel, and (from across the seas, at least) the kind of mystique even the ‘know-everything’ glaze of the modern ‘net-age couldn’t debase. I still listen to their records and wonder about the people behind the songs – and this does not happen very often nowadays. Their record covers are mysterious two-tone ciphers. They know the importance of a good font. In short, they sound and look like a group you want to be in.

And as with all good pop bands, Crystal Stilts not only look cool and sound great: they also listen hard. I recently read an interview where JB said his favourite show of ’09 was The Mad Scene, which made me double-take – who else cares so much about Hamish Kilgour’s other best group? But if Crystal Stilts are scholarly about pop, they don’t wear their knowledge heavily. The best songs on In Love With Oblivion are effortless, rapturous – “Through The Floor” burns on fevered energy; “Silver Sun” kisses the air with a beautiful stream of jangle guitar; “Alien Rivers” is a spooked, psychedelic requiem, roughly Opal’s Happy Nightmare Baby + 14 Iced Bears’ “Mother Sleep” x Victor Dimisich Band. (But that was my math, not theirs.) “Precarious Stair” is my favourite girl-pop-song-not-actually- fronted-by-a-girl since, I dunno, “Just Like Honey”.

A friend of mine walked into my flat when “Half A Moon” was playing and for a split-second asked if it was The Damned’s “Smash It Up”, which made me chuckle. Then he looked at the speakers and wondered what exactly he was hearing. Hey, cool – it’s always good to take people by surprise. Well, that’s what Crystal Stilts do with In Love With Oblivion – take all of those expectations you have and quietly, unassumingly, but determinedly turn them upside down, make you listen differently the glorious haze of pop they pour out of their bloodied veins. A buzzing organ, some slack-strung guitars, a clutch of Moe Tucker dreams and some black tambourines rarely sounded this alive.

JJB Townsend and  Brad Hargett met in Florida  10  years ago  and moved to New York approximately the same time.

They started practicing a year  later just screwing around and recorded a single, didn’t really play  live  the first few years and then they  realized  they  sort of needed a band to play and did it with Andy Adler and  Frankie Rose. So formed Crystal Stilts.

After four years of singles and EPs, Crystal Stilts have finally braved the waters of a full-length,  Alight Of Night , and like all good things,  was  worth the wait.

Back in April,  released their sophomore LP, In Love With Oblivion.

Just seven months later on November 15th, they’ll return with a new EP, Radiant Door, via Sacred Bones. Recorded in early 2011, and produced by guitarist JB Townsend,  he say  that reflect “the band’s experiments with specific ideas in the studio and what they’ve been excited about and listening to, including Blue Orchids, Sanford Clark, and many more.”

Crystal Stilts combine multiple influences from different eras/bands to form their own sound.

Put out on band’s own “Feathery Tongue” label.

3 Converging In The Quiet

Crystal Stilts – In Love With Oblivion 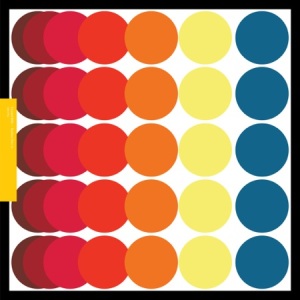 3 Still As the Night

5 Frost Inside the Asylum