The Black Angels Another Nice Pair

Posted by pepearljam on 18 August, 2011
Posted in: Psychedelic, Rock. Tagged: The Black Angels. Leave a comment 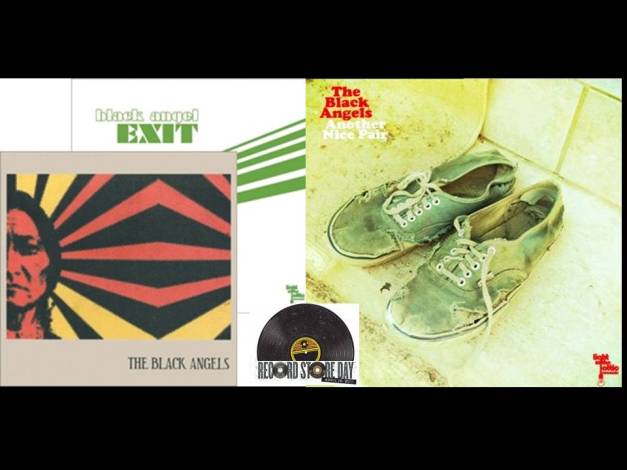 Dang, can you believe how fast the time flies? It seems like only yesterday that we were launching the career of beloved Austin-based rockers The Black Angels and their self described “Electrified Native American Drone ‘n’ Roll.”

Though the group have since moved on from Light In The Attic to break new ground in the bizarre and twisted world we call the music business, we will always be connected by blood and still write love letters to each other on a regular basis. To celebrate our eternal flame (and Record Store Day, duh!!!) we’ve put together something extra special for you to vibe with. Get ready to “turn on, tune in, drone out.”

Collecting The Black Angels’ first two EPs on a single disc, Another Nice Pair (LITA 066) stands as a potent document of the band’s formative psych-rock sound. Presented as a vinyl “double EP,” the A side (The Black Angels EP released 10/18/2005 as LITA 017) includes key tracks from the critically acclaimed debut album Passover (LITA 018, released 4/11/2006) in addition to the non-album jam “Winter ’68.” The B side flip presents the original Black Angel Exit EP (released 5/13/2008) which was available only as a limited edition bonus EP for those who pre-ordered the band’s sophomore Directions To See A Ghost LP (LITA 033, released 4/15/2008). This side also includes tracks that were available only as bonus material on the limited edition 3-LP version of Directions To See A Ghost, in addition to the iTunes exclusive “Black Angel Exit/Shine,” and a ripping cover of Black Mountain’s “No Satisfaction.”

Originally taking their name from the classic Velvet Underground tune “Black Angel Death Song”, these Black Angels are far more than mere revisionists. “We’re doing a different thing”, says vocalist Alex Maas, clearly inspired by having backed the group’s hero Roky Erickson (13th Floor Elevators) on multiple occasions and a non-stop world-wide touring schedule since their Light In The Attic debut over five years ago. Armed with a unique brand of heavy-duty psychedelic rock, it’s time for this fine group of Texans to share a little more space in your growing record collection. Just remember to file after “The Beatles” and before “Blue Cheer,” ok? 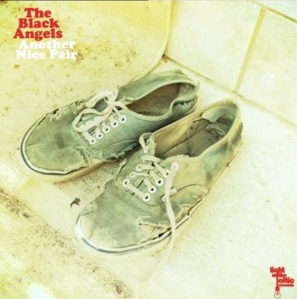 The Black Angels – Another Nice Pair

Exclusive release for Record Store Day 2011. Collection of the band’s first two EPs, which were not previously available on vinyl, in a limited run of 2500. Comes with an mp3 download card and an insert poster designed by guitarist Christian Bland, 100 of which were autographed by the band and inserted into copies at random.