On Monday night Jane’s Addiction, one of my all time favorite bands, played an very particular  gig.

Those in attendance at the show were able to get their free tickets from various sources including Brooklynvegan, from LG, and via an allotment the band gave out via Ticketmaster.

Chris Chaney was back on bass for the show along with original members  Perry Farrelll & Dave Navarro and original drummer Stephen Perkins.

Over 100 fans captured the band from all angles using the glasses-free 3D LG Thrill 4G as the band played fan favorites like “Ocean Size” and “Mountain Song” as well as their new single, “Irresistible Force,” from their upcoming album, “The Great Escape Artist,” due out this fall. A special acoustic performance of “Jane Says” provides the perfect ending to an unforgettable evening… 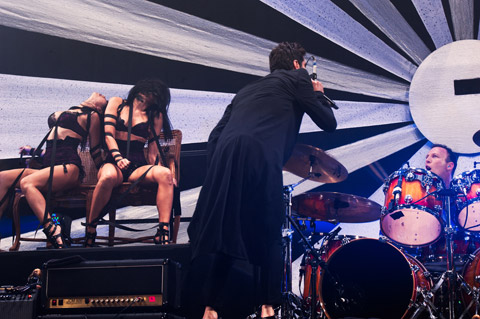