SPIN’s August issue pays tribute to the 20th anniversary of Nirvana’s Nevermind, and as part of our package we tapped some of our favorite contemporary artists to cover the influential album’s 13 songs, in their original order. The download is called Newermind, and it’s our gift to you.

We were happy that two of Kurt Cobain’s personal faves — the Meat Puppets and the Vaselines, both of whom Nirvana famously covered during their MTV Unplugged taping — joined our effort. Below you’ll find the complete album tracklist, with reflections from each contributing artist.

Beginning on July 26, the album will be available for free download on  this page,   or DOWNLOAD  below , simply  amazing, thanks to SPIN for this  … 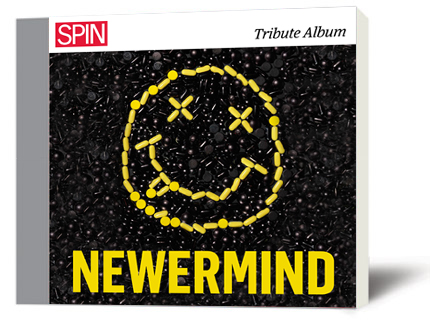 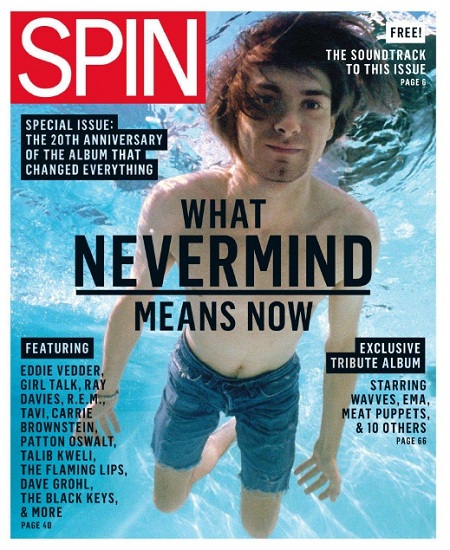 SPECIAL ISSUE: The 20th anniversary of the Album That Changed Everything.

The impressively hirsute MC —  and former grill master —  works his way out of the pit.

Unrepentantly rude and rocking six-piece finds its footing thanks to underage go-getter.

How the ‘Nevermind’ Boy Was Almost a Girl

As the ’90s rebel ethos took hold, ‘Nevermind’ spoke to hip-hop kids like the diary of a grungy thug lifer.

The Bauhaus frontman and goth-father on vampires, the Cure, and getting used jockstraps from fans.

At Home with Stephen Malkmus

A dance-music hybrid bumps and shakes its way from Washington, D.C., to the world.

Hip-hop’s most badass rapper might just be a tiny lesbian from Denver.