So What´s Wrong With Crazy? 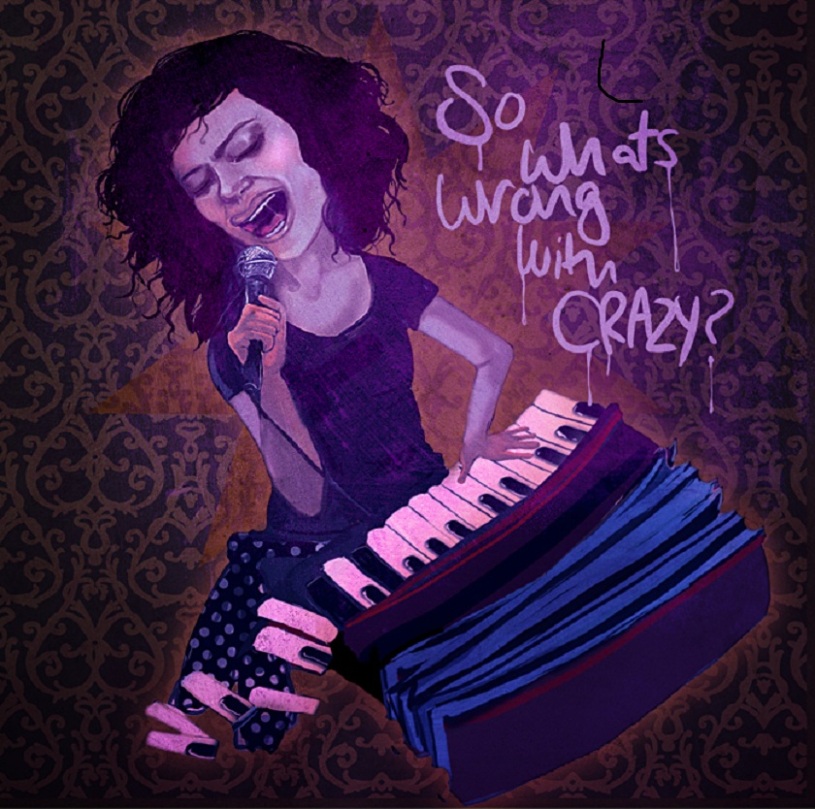 END_OF_DOCUMENT_TOKEN_TO_BE_REPLACED

Posted by pepearljam on 30 March, 2011
Posted in: Uncategorized. Tagged: Shilpa Ray and Her Happy Hookers. Leave a comment

Being a Desi rockstar isn’t easy. Mainly because “Desi” is rarely, if ever, associated with such a bindaas term.
Doctors? Yes.
Engineers? Of course.
But what about the talented young guitarists, singers, drummers? The Desi kids making future-music that might be catching fire today?
MTV Desi is throwing a party to showcase these emerging Desi bands — because believe us, they exist and they straight up rock. They’re freaky, they’re fierce, and they’re definitely not ferengi.
For the true fan only — the all  of Shilpa Ray’s mind-blowing performance at Brownout with MTV Desi. Unedited, uncut, raw. Press your nose against the screen and pretend you were there.

SHILPA RAY: A TINY TIGRESS UNLEASHED
A tiger revs its vocal chords like a hot motorcycle engine. You can feel the sound rattle your ribcage while you stand rooted to the spot, your eyes riveted by the sheer magnitude of the beast. Nothing you see on TV can ever equal that raw power.
And nothing you’ve ever heard about Shilpa Ray can capture the magnitude of watching her live — wielding her harmonium like an axe against a gnarled tree trunk, throwing her head back to eat your soul with a snarling, hair-raising roar. It’s impossible to believe that thatvoice comes from that tiny Bengali girl. Growling, shrieking, rising to a wailing scream and falling to a whispery caress…
We tried. We tried to bottle the magic when she headlined the Brownout with MTV Desi show last month. This is perhaps the closest anyone’s come to recording the live experience, and god knows we’ve tried before. Surrounded by Her Happy Hookers (a band of scruffy, gritty, towering white men who cede center stage to her burning charisma), she is on the cusp of national attention — opening for Nick Cave, garnering raves for the upcoming Teenage And Torture, fielding mainstream magazine interviews. But until you see her live, you won’t understand. And until more people know about Shilpa, you’ll find her working the door at Piano’s…the same venue she sold out on that night. This tiger’s still gotta eat.
“Sanitary iPad”
The best songs start off with a good long drone to set the mood. Shilpa holds a chord on her trusty harmonium before rolling into “Sanitary iPad,” carried by a funky bass line. In “Sanitary iPad,” the less than conventional songstress asks that pressing, age-old question, “Who’s gonna buy me now?”
http://media.mtvnservices.com/mgid:uma:video:mtviggy.com:636187
DOWNLOAD mp3

“Stick it to the Woman”

Shilpa Ray opens up her headlining set at Brownout with MTV Desi with a song that gives her plenty of room to flex her legendary vocal chords. With Her Happy Hookers pounding out the beat of “Stick it to the Woman,” the hair-raising facets of Shilpa’s voice switch off with the most seductive. Shock and awe, alternating.
http://media.mtvnservices.com/mgid:uma:video:mtviggy.com:636176
DOWNLOAD mp3

Posted by pepearljam on 16 February, 2011
Posted in: Uncategorized. Tagged: Shilpa Ray and Her Happy Hookers. 1 Comment

We know that Shilpa Ray is a kind woman, for she’s been that way in the past – we’ve seen her this way, but when she sings, the New York singer, songwriter and namesake of her band, Shilpa Ray and Her Happy Hookers, gives us all kinds of reasons to wonder. When she sings, and sometimes seethes, our skepticism mounts and starts raining down blows. We’re concerned that she’s not at all the way she is, or pretends to be. She’s a killer. She’s livid and bitchy and if you happen to be involved with her socially or romantically, you should beware of the full moons, no moons, harvest moons – any sort of night, with or without a moon, for that matter – for they could all lead to her transformation into a beast of untamable fire, of lit up eyes and flaring nostrils. The songs on her latest album, “Teenage & Torture,” are master works in the form of sweet dysfunction and irascible temperament, all shaped into sometimes agitated, always gritty and honest takes on at least one significantly damaged soul – albeit one that is still pulsing and still striving to heal itself against the odds, in the shadows. You begin to ask yourself how she got to be in such a state – was it her own doing, was it someone else’s fault, what gives? No matter how she assumed these characteristics, they’re with her now and they lead her into these torrents of pain that need some kind of dousing, but she seems to prefer not clearing herself of her troubles, or really diminishing them much, just masking them for short periods of time and then watching what happens next when they resurface like a motherfucker, bigger, stronger and more demanding than ever before.
The song “Genie’s Drugs,” a title that makes you believe that the necessary drugs, the “medications” could be spirited to existence through the rubbing of a magic lamp, is a song full of inferences to the wild rides that Ray’s moods go on, hourly. She sings late in the song, “Indulgence seems like vacation from my job,” a suggestive line that makes us believe that there is a life or death need to get away from what she does to make her money to pay for her heating and the food needed for sustenance. She sounds as if she’s stuck, kicking and screaming, like a live rabbit tied up in a gunny hunter’s gunnysack. She sounds as if she’s got a back paw stuck in a metal trap and before she’s even exhausted all of the potentially easier escape options, she’s already chewed halfway through the paw to weaken the leg enough to snap the rest off and limp away bleeding. She sounds like a woman who might love a good back rubbing, but she’s also a woman who keeps a dish of salt on the nightstand by her bed so that she can rub it into her wounds when she retires for the night hurting. She takes care to reverse the effects of what she couldn’t numb away herself. She wishes that the she referred to in “Genie’s Drugs,” when she sings, “Why don’t you take me to the zoo/Feed you whole bags of dime bags/Honey, I need you, to steal my thoughts and waste on garbage bags and glue/Yeah, she, she’s got good drugs,” was here.