Six months back I told you about my discovery of The Auras from bandcamp. I dished about their wonderfully eclectic influences evidenced on their psych blebs.
Well, last week the rather gracious Hayley Brinkman , NY-based publicist sent me this new single from an upcoming Saturn Day EP that this Toronto-based-six-pieces-by-OpticalSound-discovered is putting out next January, and after listening to it a few times I had the most stupid grin painted across my face. I guess that is the sort of reaction I’ve come to expect from listening to The Auras since I discovered them.
“I Don’t Wanna Know You” is the second single to drop after “Sure Shot” and with it the picture of the next EP becomes clearer
At its core “I Don’t Wanna Know You ” is just a simple but effective psych song, flourishing with distorted strings and reverb synths harmonies , all very beautiful and features a layer of drone that lays over the entire track like a veil , all of these seemingly superfluous elements could easily be stripped away leaving the song to stand on its own, but that’s not what he does. Instead he forces you to listen a little deeper to read between the sound lines which gives the track a unique edge. So I hope colored your curious, for you definitely goes to check out The Auras earlier stuff.
You can download it for free from this link that Hayley provided. 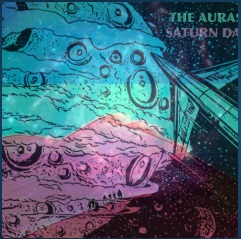 The Auras – I Don’t Wanna Know You