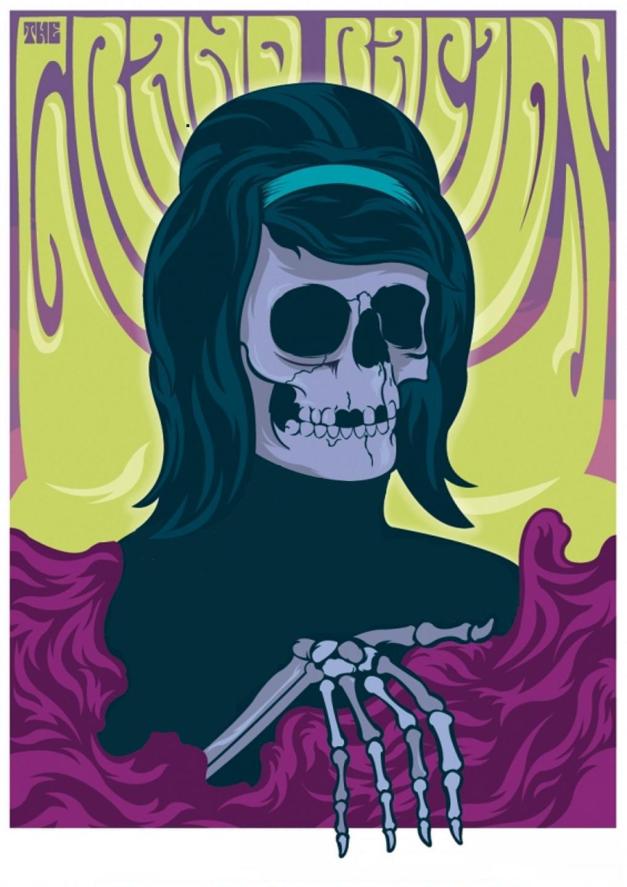 Again It’s been a few days since my last post. You really wouldn’t believe how time spending while we fix our new home, fully otherwise at usual working , can be hard.
You will have noticed that Australia is playing strong around lately, now adds a fucking awesome collection of psych rock from Melbourne. This was recorded 2011/2012 and was released on 2013 and this record was something like love at first sight. Only took a few minutes to convince me and let me drift .
Grand Rapids pass through drone, psych, shoegaze but not to attribute any of the above only . Basically has a dark , post punk connotations , as if the sun has been cut in two and falls through the clouds above us . Like all happening at that moment where we look summer storm . The vocals are lost in the afterlife as thunders , tumbling guitars , bass, drums , tambourine, everything, all together drenching our head while we walk barefoot , blindfolded and hands asking a little more. Lovely…

“Great Shakes” is now available in 200gm vinyl 12″
check our profile for the link!

“Great Shakes” is the debut album from Melbourne psych rock outfit The Grand Rapids. Recorded over a sprawling 2 & bit years it is a tour de force of guitar laden walls of drone & reverb-o-rama. Released on new Melbourne label Psyche Ward on the 18th October 2013.