I have been getting a glut of remarkable psych vibes as of late, but seems life hates me this year ’cause not granted me any true unconcerned day still. Anyway This is some that I’ve gotten around to listen around last month. Pridjevi is one these new bands so young like magical, trying to make a record borrowing elements from far place as Croatia . Ivana, Nina, Dino( East-Ra), citizens of Labin , new psych wave , nice colleagues , I like them. Difficult to put in only psych music , is something else , more complex . The bad thing with some these melancholic discs is that sometimes end up becoming music background, to hear something as I work. But when I sit and spend time and listen carefully understand that the band has created amazing music . And for this I write, to transfer to you part of what they have in their head . And this is an important and difficult part in an blogger that deserves discussion . Not now, unless someone wants to comment . I was saying that Pridjevi make amazing music . And I think they do, to a large extent. Their self-titled debut , centered squarely on psych pop, the comp of guitar , bass , female voices tied together to get creates daydream images. Really travels . Their pieces can be both bright and dark so the three of them they should feel proud of their debut and effort . Let’s say I like this awesome shit a lot, and therefore hopefully you will too 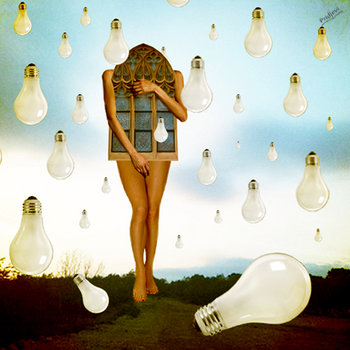