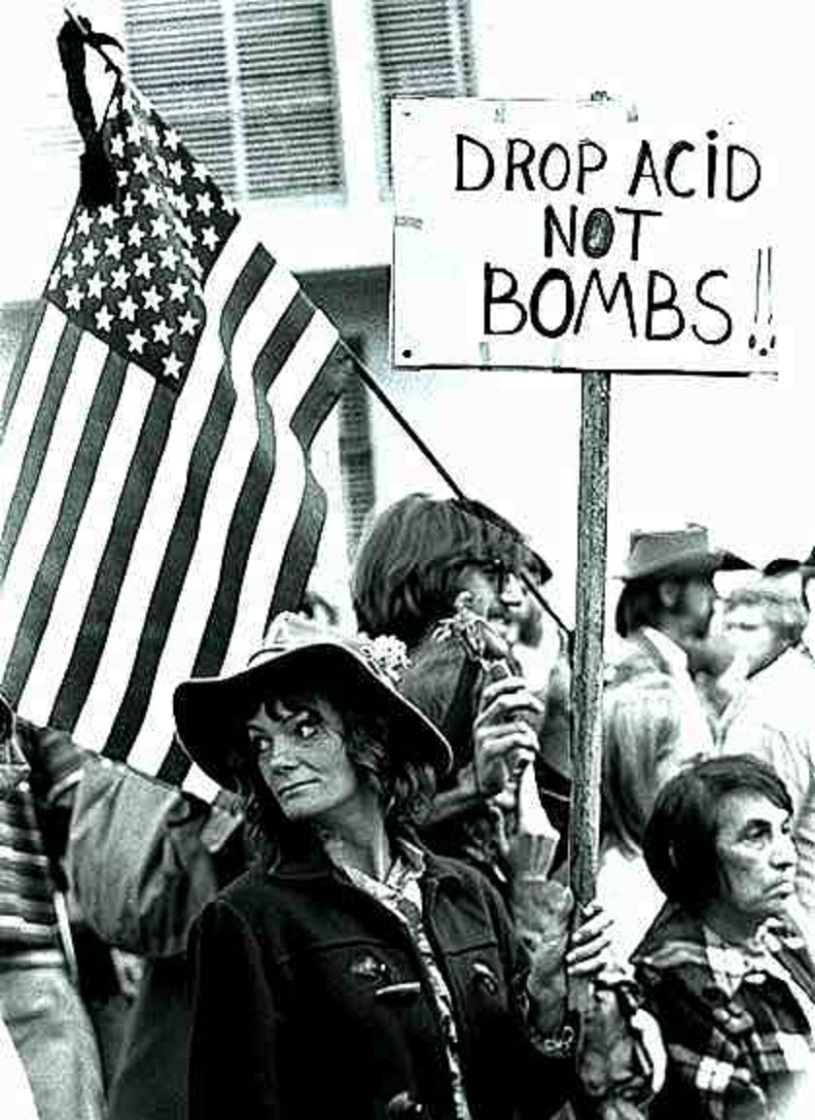 ” If you, like me, went all loony for those Generation Of Swine albums I posted a while back, then you will absolutely love Bat Faced Girl.”
Damn,  thus  I begin to  write  when I sat down to make this post and the first thing I thought  was ” I’ll talk about Generation Of Swine”  but then I went to check their web sites to update follow up and  was when I discovered that Chris Langeland passed away of last year. Had not noticed me . No one told me. Fuck.
Really is sad to know he’s gone, ’cause he had a short but colorful life, but left behind some amazing work beside Vicars  and Swines , and that can’t be taken away.
So, with a heavy heart, Jim Crick,  member of the Generation Of Swine clan set about to making this recording, a project called Atrophe, to honor his memory, instantly entrancing and which he has been very gracious to pass this along to me.
Surely JIm draws his inspiration from an entirely different place at usual, but no matter what lazy terminology  use to describe it, this record is a killer. I must’ve listened it at least five times in these days.
I sincerely thank to Jim for choosing wearethelastbeatniks as a means to share this very special work for their fallen comrade. I wish him all the best, and hope he can move forward past this tragedy and his  tendon’s hassle , and can continue to make great and meaningful art. I swear this is worth it.
It’s “name your price” on bandcamp, so grab it for free or toss to him some coinage. And if he drops some physical format, get off your ass and go buy it, he deserve…
HAPPY CHRISTMAS

All drummer-less demo’s …
Album due to be recorded at the end of June 2013
Dedicated to my mate Chris Langeland .. RIP
released 19 May 2013
All parts JIM..
All Engineering, mixing , mastering JIM.. 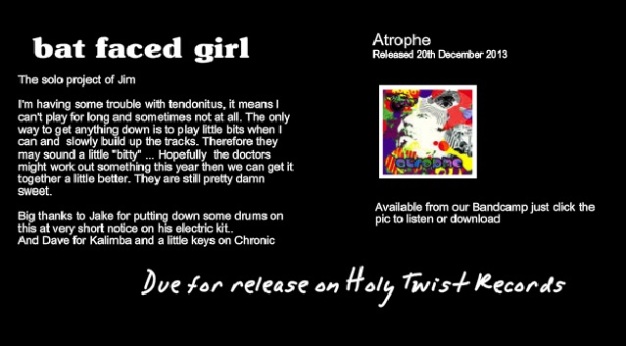