Good For The Swoons, For The Vapors

Good For The Swoons, For The Vapors

The pretty ladies in the young Los Angeles band, HAIM, were practically glowing when they found Gary Clark Jr. sitting on the front porch of Good Danny’s in Austin, Texas, as they were arriving for their own taping. They didn’t even know him – perhaps they’d heard the name before – but the name didn’t matter right then. He was just this nice and tall, indescribably cool guy standing there before them on a warm, almost perfect and quiet afternoon. They were inviting him to Laurel Canyon, whenever he would be out there next for swimming and beach and food. It was an instantaneous love affair. You cannot even start to blame the girls for getting so caught up in the Gary Clark Jr. aura, as if it were some kind of contractible fever.

There were any number of men and women there during his taping, any number of men and women who have been in proximity to him or felt some sort of heat as he walked by him, who have been immediately stricken with some kind of fluttering, knee-melting feeling for the Texan guitar-slinger. Not quite sure that they could have shown any parts of Clark Jr. on the Ed Sullivan Show, had he been featured at the same time that Elvis Presley was being shot from the waist up. It’s from the top of his head to the tips of his toes that he embodies the music that he makes. It’s steamy and it’s manly and it’s everything you could want in someone who’s taken the mantle of the purple haze and given it something of a hill country feel to it as well.

It’s blues and it’s rock and roll, but it’s soul and R&B as well. He writes about his life, in a way that makes it seem like it might be a constant juggling of women, of figuring out which one’s heart is going to be broken next. Clark Jr.’s songs feature two kinds of women: The ones that he has soon realized that he should have never been messing around with in the first place and the ones who are so good that he’s sure he’s going to ruin whatever they have together. Still just 28 years old, he’s fairly certain that there’s nothing certain in his real life right now, so there’s nothing that’s gonna keep him tied down for very long, even when the going’s good, even when the sex is great. No one seems to be all that broken up about it. Everyone understands the way of the land here and it’s all that much more intoxicating. It’s what brings on the swoons and it’s what makes us want to walk by us again. It’s about the guitar, but it’s about so much more than the guitar, in a very non-superficial way and you’d better believe it. It already feels like greatness. 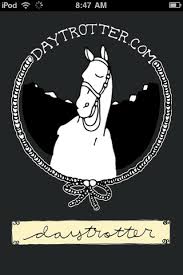