Miles Kane : The New Liam? – Inside This Week’s NME

The one-time Little Flame, Rascal and Last Shadow Puppet is now a bonafide rock star in his own right. Read how the boy from the Wirral did it inside this week’s NME

Twenty years on from the tiny gig that would shape the course of music for a decade, NME tracks down the lucky few who saw Oasis in Glasgow on May 31, 1993

Alex Turner, Matt Helders, Jamie Cook and Nick O’Malley make their live comeback at the Ventura Theater in California, bringing with them quiffs, riffs and a new song

MERCHANDISE: ON A MISSION

IN THE STUDIO SPECIAL!

What do Franz Ferdinand, Jake Bugg, The Horrors, Deap Vally, The Maccabees, Manic Street Preachers, Pond, Howler and Health all have in common? They’re all in the studio, and they all invited us round

He’s back with new song ‘New Slaves’. But is it any good?

What was the XX’s Night + Day like in Berlin? How much of her career can CSS’s Lovefoxxx remember? And which college in Nottingham is offering a degree in metal?

This week’s NME cover star (1 June) Miles Kane is leaving it raw for new album ‘Don’t Forget Who You Are’. Two years after solo debut ‘Colour Of The Trap’, Kane has streamlined his rock’n’roll assault and, with heavyweight support from mod forebear Paul Weller and producer/ex-Lightning Seed Ian Broudie, has come up with a record that shows off a tougher, rougher side.

The one thing I wanted for the new album was that there had to be no fat on any of the songs. They needed to sound really lean. The blueprint for it, before I’d even gone for the rock’n’roll and glam-rock vibe, was that it had to sound incredibly direct.

You’ve already heard the rasping Weller co-write ‘You’re Gonna Get It’ and first single ‘Give Up’, but now’s your chance to feel the full force of the new album with our worldwide exclusive stream. Dive in below. 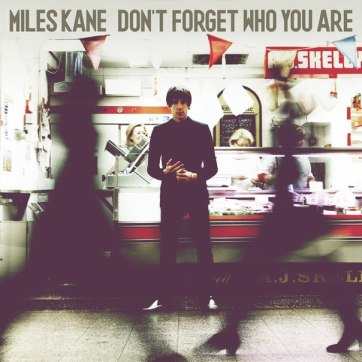 MILES KANE’S – ‘DON’T FORGET WHO YOU ARE’

DON’T FORGET WHO YOU ARE