Posted by pepearljam on 21 May, 2013
Posted in: Garage, Lo Fi, Psychedelic, Rock, Shoegaze. Tagged: Has A Shadow, We Ride Phantoms. 2 Comments

Guadalajara, Mexico isn’t exactly a place you would equate with where grow psych vibes from their sidewalks.
Some of you out there might recall my recent post regarding Lorelle Meets The Obsolete. I’ve featured their tunes from two cool efforts and all those have songs pretty killer.
Well, in keeping with the trend in bizarre lo-fi Mexican psychedelic circles, here there new garage psych interludes that dips shoegaze for strange lo-fi hybrid.sound between songs. So If you are one of the handful of people that went all fucky over Lorelle Meet The Obsolete posted here, I recommend checking into Has A Shadow psych project.
Has A Shadow is the infernal collaboration between two Mexican fiends, Victor Garcia , aka Remi Rema , and Daniel Marciano.
Before Has A Shadow, both have operated joined up with Pedro Silva on other great outfit Garage Psych devout around the area called We Ride Phantoms
As We Ride Phantoms has 3 only EPs free was released on 2011 . As you might have guessed, it is premium Garage Psych not terribly unlike Has A Shadow in it’s vibe, almost like a blue print or a manufactured archetype of what Has A Shadow is. Great efforts.
Now , Has a Shadow outfit have their own debut album called Sky is Hell Black. with some excellent guitar work soaring and twisting over rudimentary bass lines and herky jerky drumming , or I´m not sure if is a drum machine, or I´m not sure if it matters only to say that sound really great…. 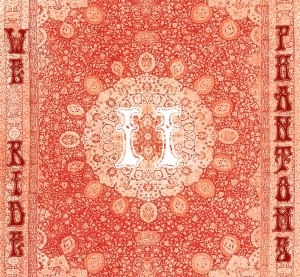 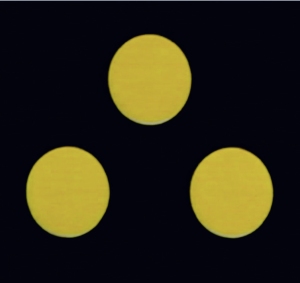 Has a Shadow – Vibrating in Exile EP

recorded in a filthy roof-top in Guadalajara
released 26 June 2012
all songs recorded by: Daniel Marciano & Remi
art by Lorena Sequeyro

HAS A SHADOW – SKY IS HELL BLACK

Recorded by The Obsolete at Carmen’s home.

Mixed by The Obsolete at home.

“We’ve just reached 200 downloads from Bandcamp since friday and it’s all that it’s allowed per month. Thanks to all who did it. Here is the mediafire link if you wish to have it.”
http://www.mediafire.com/?udw55zss5d515sv
Thanks for Has A Shadow for this link !