Iris and the Deadly Flowers

Ouch! Today I had an accident when I was doing acrobatic gymnastics, so one of my legs hurts too much.. It is getting late, but I wanted to get something up for share this weekend, and I had lucky of found this on bandcamp and now I am utterly smitten with these belgians . You know, from that tiny little country in Europe that is known for his beer and his chocolate, althought at less for me more for his 70´s cartoons like Lucky Luke or TinTin .
Iris and the Deadly Flowers is composed of Iris and Erick , from Knoxx family from Belgium , in effect father and his daughter 16 years old shepherded into garage music by himself , he is the emcee from Seven Long Years crew., where he created some real nice weird shit too.
Is really Hard not to understand this girl’s appeal; she’s kind of a past throwback to 60s dreamy pop mixed with ton of garage-psych attitude.
They have only two  songs here, but for anyone interested in these sound, Iris and the Deadly Flowers definitely worth a few minutes of your time.
It´s streaming via bandcamp, where can downloadable lossless for the small sum of € 2. 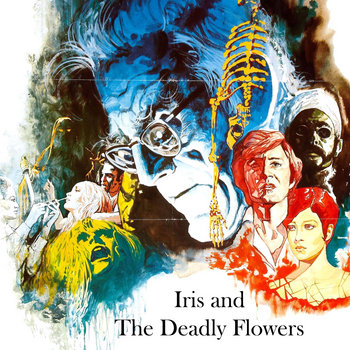 by Iris and the Deadly Flowers