Now, you can blow your mind in your very own living room, be the first on your neighborhood

Are you eagerly awaiting more news about the of Austin’s Psych Fest? Me too, so I hope can satisfy your psych needs and take a trip down memory, enjoying these previous Fest pictures produced and directed by Alta Real Pictures Oswald James with performances by A Place to Bury Stangers, Dead Meadow, Sky Sunlight Saxon, The Wooden Shjips, The Black Angels, among other bands from around the US and which you surely know them
Live music as well and it wouldn’t be a Psych Fest event without mind altering visuals…

Austin Psych Fest was founded in 2008. Over the years, this independent festival has grown from a small word-of-mouth event to an internationally acclaimed, full weekend event that attracts attendees from all over the world. Austin Psych Fest has become the world’s premiere showcase of psychedelic rock.

Austin Psych Fest will celebrate its 6th year on April 26-28, 2013, spotlighting the best new vanguards of mind expanding music and hosting legendary artists from around the world. Learn more about APF 2013 here.

The lineup is programmed by producers and curators, The Reverberation Appreciation Society, who also run a Record Label of the same name.

Austin Psych Fest works to promote and create fertile ground for artistic expression through music and visual art, support homegrown businesses in Austin and beyond, and operate in an environmentally responsible manner.

If this sounds like something you or your organization would like to be a part of, please contact us. We do not take band submissions for the festival, but we truly appreciate all the interest. 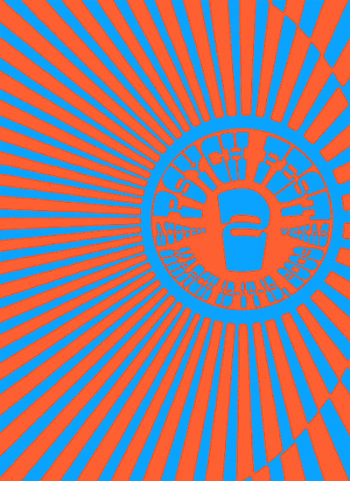 The 2nd annual Austin Psych Fest expanded to three days, and was held March 13-15 at the Radio Room, a short lived venue in downtown Austin on 6th St. APF brought two psych legends from the 1960s to the stage: The Seeds’ Sky Saxon performed with Shapes Have Fangs as his backing band, and Texas’ psych legends The Golden Dawn performed their classic album “Power Plant” in its entirety. Joined by modern psych heavies like Dead Meadow, A Place to Bury Strangers, Wooden Shjips, A Place to Bury Strangers, The Warlocks, and The Black Angels, APF 2009 set the tone for years to come, marking the festival as the definitive showcase of psychedelic rock.

“Psych Fest 2 Annihilates This Weekend – This year’s lineup is a cross-reference of pretty much every modern sound that could possibly fall under the “psychedelic” banner, throwing together blown-out futurism, drug-mellowed West Coast fuzz, classic Vietnam-flashback drone, synth freakiness, and jangly reverberations of Austin’s own into one altogether intimidating package.”
– Matthew Dewitt, austinist.com (2009)

A Place To Bury Strangers

PLUS BONUS FOOTAGE WITH:

Chapter recognition on the tracks: yes

Produced by the newly formed production team The Reverberation Appreciation Society, the 2010 festival continued the precedent set in 2009 by expanding the size and scope of the festival and moving it to the Austin’s multi-stage Red River landmark The Mohawk, with more bands spanning a broader spectrum of psychedelic music, two stages and a larger production. Held April 23-25, The Raveonettes, Warpaint, The Gaslamp Killer, two sets from The Black Angels including the debut of their 2010 album Phosphene Dream, and a performance by the ground-breaking 1960’s legends Silver Apples topped off the 41 band lineup.

“The annual Austin Psych Fest is slowly becoming the All Tomorrow’s Parties of the South… with a lineup that traces a new psychedelic era.”
– Austin Powell, The Austin Chronicle (2010)

The 2011 festival was held at the massive 1950’s Art Deco Seaholm Power Plant, a de-comissioned steam power plant on the banks of Lady Bird Lake in downtown Austin that had been made temporarily available for events. Due to changes in city ordinances and construction plans, the festival changed venues 3 times before landing back at its originally intended location, The Seaholm Powerplant. The 63 band bill was topped by the 13th Floor Elevators’ Roky Erickson, Spacemen 3 offshoot Spectrum, Omar A Rodriguez Group (who showed up as The Mars Volta lineup and played new TMV songs for the crowd), the first performance from Black Moth Super Rainbow in several years, Crystal Stilts, and The Black Angels. Nearly 2000 attendees packed the building on April 29 – May 1, for the last concert held inside its walls.

“The sprawling, dilapidated Seaholm Power Plant on the southwestern edge of downtown Austin, Texas is an ideal venue for a haunted house—or, incidentally, for the purpose it served on the weekend of April 29th; the creation of a dark, otherworldly atmosphere to celebrate the current resurgence of psychedelic music and commemorate its Southern roots.” by Annabel in Culture, Music, 2011

“Austin Psych Fest is a very special event. People were there to hang out and network as much as they were there to listen to (and play) music, and so in many ways, it seems like the fine folks at the Reverberation Appreciation Society have put together a spectacular alternative to SXSW for those most interested in music on the heady end of the spectrum.” portableshrines.com 2011

THE NIGHT BEATS – “PUPPET ON A STRING”

SHAPES HAVE FANGS – “DINNER IN THE DARK”

CRYSTAL STILTS – “THROUGH THE FLOOR”

A PLACE TO BURY STRANGERS – “OCEAN”

THE BLACK RYDER – “TO NEVER KNOW YOU”

DAUGHTERS OF THE SUN – “FTW”

ROKY ERICKSON – “NIGHT OF THE VAMPIRE”

Austin Psych Fest 2012 was held at the east-side location of legendary music venue Emo’s in conjunction with the Beauty Ballroom. The 5th annual festival featured a 61 band lineup headlined by Brian Jonestown Massacre, The Black Angels, and The Black Lips along with Meat Puppets, Olivia Tremor Control, Thee Oh Sees, Bombino, and many more. The 2012 festival kicked off with pre-parties at two of our favorite Austin music venues Red 7 and The Mohawk. The 2012 festival continued to expand the size and scope of the festival, with the biggest crowd and most acclaimed lineup yet.

THE BLACK ANGELS – “THE SNIPER”

The Reverberation Appreciation Society is elated to announce the following artists to the 2013 lineup:

We’ll be announcing the day schedules (which bands are playing which stage and when) in late March, along with a few more surprises!

In addition to its musical offerings, Austin Psych Fest will also feature an array of other activities. The fest not only supports local businesses with its food, retail, clothing, and record store vendors, but it also promotes the arts community by supporting local artists via multi-media installations and art exhibits. If you’d like to get involved as a vendor or artist, CONTACT US.

Two bands playing as part of the April 25th official pre-party have been revealed–A Place to Bury Strangers, making their 3rd Austin Psych Fest appearance, and fellow noise lovers Metz will be kicking off the weekend at The Mohawk. This show is free for weekend pass holders, but there are also a limited number of show tickets available online now.

We are incredibly excited about this year’s lineup and seeing everyone in April!

Individual day tickets and three-day passes for the festival are ON SALE NOW.

WEEKEND PASSES are now available for $150

LAYAWAY OPTION – We’re offering an installment plan for weekend passes in which you’ll be able to buy them in one payment of $80 and another of $75. Stay tuned for future layaway updates.

CAMPING PASSES – For the first time in our 6 year history were offering camping at the festival. Carson Creek Ranch is a beautiful riverside setting. Camping passes are $60 per person. For more information about camping options at Austin Psych Fest check out the CAMPING INFO PAGE.

One comment on “Now, you can blow your mind in your very own living room, be the first on your neighborhood”