“If Christ had died in a hallway

or wear little golden hallways around our necks.”

From the David Berman poem If There Was a Book About This Hallway.

I thought about calling the band “Little Golden Hallways”, but ultimately shortened it…

We must accept that one of the brutal realities currently in music is that bands don’t last forever.

So, some great musicians have erupted into solo projects, side projects, or simply they staying quietly on   period concentrating, to give a new twist to their band, or to their career.

So maybe sound us the name Christian DeRoeck,  whom first we miss him in Meneguar line-up when taking psych-folk activity as part of  Woods.

In early 2008, for several reasons, Christian left both bands,  to Inhabiting a  basement ,and  began working on new  songs   with his old friend, multi-instrumentalist Dylan Edrich (Chain and the Gang), and Little Gold was born.

Hitherto , beside  by  Brian “Ham” Markham and Pat “Primitive Man” Broderick , both  compadres of choice on  Ancient Sky , which is another band  where they  all play in together, Little Gold  incorporated  improvisational and psychedelic sounds into an mellow, country-rock , guitar-centric indie rock. with harmonies  and hooks aplenty .

Maybe Christian will keep on   Brooklyn ,  has a good run here with his bands  , maybe in some time  he  play some solo shows or maybe  this band will always be with him, the matter  is  it  keep the energy and creativity high. i´m  waiting to  it …. 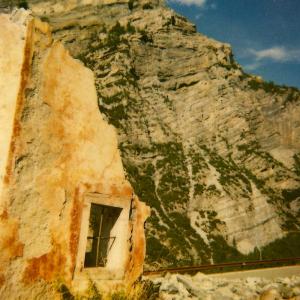 Little Gold – On The Knife

2 My Side Of The Bed

Limited to 300 copies, all on translucent orange vinyl.

Recorded by Mark Ospovat* at Emandee Studio in Bushwick, Brooklyn at a leisurely pace throughout 2010. We spent the fall of 2010 touring the US & Europe. Upon returning home to a bleak New York winter, we began mixing with Mike Kutchman at his Kutch1 Studio in Greenpoint, Brooklyn. If the songs on Weird Freedom have a common theme, it is the very special personal relationships that form between people who have come to terms with their mostly grim existence, or in other words “we’re fucked, let’s party”.

Limited to 500 copies, all on sky blue vinyl.