Scott Weiland has released a collection of cover songs without any promotion.
There had been talk of a bundle with his book back in May, but it never came to be. Now his store on ScottWeiland.com is selling a digitial version of the the album ‘A Compilation of Scott Weiland Cover Songs.’ You can buy it by clicking here. There is also a bundle pack where you can buy the book and get the digital album. Here is the tracklisting, with studio recorded covers. Most of the covers have never before been released, outside of Revolution, But Not Tonight, Reel Around The Fountain, and Fame… 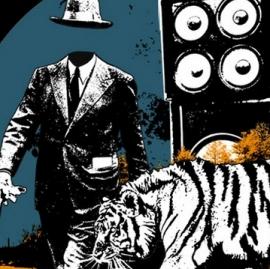 Tracklist
1. I Am The Resurrection (Stone Roses)
2. Personality Crisis (New York Dolls)
3. Frances Farmer Will Get Her Revenge On Seattle (Nirvana)
4. Let Down (Radiohead)
5. Into Your Arms (Lemonheads)
6. Dead Flowers (The Rolling Stones)
7. Waiting For Superman (The Flaming Lips)
8. Revolution (The Beatles, this is Stone Temple Pilots’ cover they recorded in 2001)
9. But Not Tonight (Depeche Mode)
10. Reel Around The Fountain (The Smiths)
11. Fame (David Bowie)
12. Jean Genie (David Bowie)