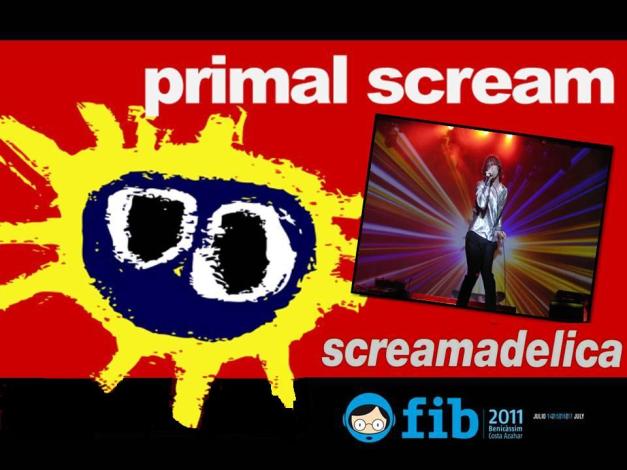 Primal Scream’s Screamadelica is without question a seminal album, and  the fans  present in Benicassim on Saturday 16 July  it could appreciate on  a very special time, at 3 am of Sunday 17, and  was  perfect really, like  their set  that is exactly that.

Opening with the uplifting  Movin’ On Up, the band performed Screamadelica with unquestionable accuracy.  It was  sublime. There’s really no other way to describe it. Bobby Gillespie, complete with glittery silver blazer, turned the perfect frontman with  his voice that is still impeccable. With the whole band on form, and with a visual show like no other, , combining rock with dance,  the album still sounds as fresh as ever and  the full 12 minute rendition of Come Together was spine tingling.

The early hours of Sunday 17 July  were designed to appreciate this album like at its best.

Now you can enjoy it,  the downloads  the  audio – video  of this preformance can find below…

6 Higher Than The Sun