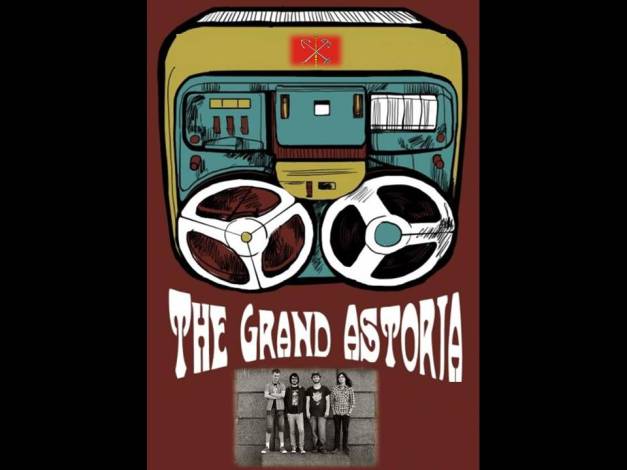 They are The Grand Astoria. They were born and raised on Russia,  their music first saw the light of day in St. Petersburg.
The grand astoria  was formed in April 2009 by guitarist and singer Kamille Sharapodinov from Saint-Petersburg, when his previous band  Neversnile which played alternative/punk rock decided to split up and  he quickly gathered with some friends and a new band was born.
They don’t want to call their music any names but for the lack of better words are often labeled as psychedelic stoner punk band.
Even though punk rock and metal are two major influences,  they enjoy rock music in all its diversity, so they can mention Iron Maiden, King Crimson,Hendrix,Zeppelin ,Sabbath, Floyd, Can , among their major influences. The World of music is so huge… and they assure  have favourite bands in each  genre.
When you listen to each  record you never know what’s coming up next. We have to accept that The Grand Astoria can release albums that have very little in common but it’s still The Grand Astoria
It could be a metal hymn, or a psychedelic vibe or a skillful bluesy number. It may sound crazy but somehow all these styles and grooves come together in really a amazing way ….

The Grand Astoria “I” CD
released10 September 2009.
Label::self produced
Time:43:37
Debut CD
Available for order here:
http://www.raig.ru/thegrandastoria.asp
Tracklist
1 The Art Of Communication With Aliens
2 Evolution Of The Planet Groove
3 All The Same
4 The Man.The Sun.The Desert
5 Salvation Is Near
6 Bell Jar (The World Is Not Okay) 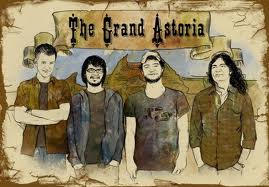