2011 FIRST QUARTER VAULT PACKAGE
JANUARY 03 2011
It is with extreme pride that Third Man Records announces its First Quarter Vault package for the year 2011.
As we dictated last year, each year will begin with a double-LP compilation of the previous year’s singles. And we really did it up in 2010: the first-ever release by Karen Elson, more Dead Weather mayhem, Conan O’Brien’s madness, Pujol, Laura Marling, Secret Sisters (man, let’s take a breath here),the Greenhornes, Drakkar Sauna, Thornbills AND Wanda Jackson! Show us a better year of singles and we’ll show you some magic beans. And don’t forget the snazzy poster of the covers of ALL those records, to put right next to your 2009 singles poster. Let’s make this a tradition.
Our 7″ for this package is a sick pairing of two classics by the 5.6.7.8’s. These two songs were recorded late in the night at third man studio. The gals asked jack to play guitar with them, after jack asked if they could play one of his favorite songs of theirs ‘I walk like jane mansfield” the gals then shot into these other two songs off the cuff. A little bit of Jerry Lee Lewis’ “Great Balls of Fire” and “Hanky Panky” as made famous by Tommy James and the Shondells? Are we out of our minds? this 7″ is a cool companion piece to the upcoming 5.6.7.8’s Blue Series and live LP coming in February.
We’re sparing no expense for our third item in this package. As a tribute to two folks near and dear to our hearts who passed away this past year, don van vliet and sub pop vice president of sales and marketing Andy Kotowicz. We are ecstatic to announce the reissue of the White Stripes 7″ covering Captain Beefheart, originally released as part of the Sub Pop Singles Club in 2001. Finally available again, these three songs (“Party of Special Things to Do”, “China Pig” and “Ashtray Heart”) are sickly paired with new artwork. If that’s not enough, (and really, for you, it should be) we are also making this the first (and quite possibly last?) Tri-Color component of a Vault package. There will be no black vinyl pressing of this single and it will not be made available outside of the package. This will also be the first White Stripes Tri-Color, substituting the standard yellow sliver of our Third Man releases with the inimitable red that we’ve all known and loved for years. Many thanks to the kind folks at Sub Pop for helping make such a cool thing happen and if all goes right, be sure to buy the downloads of these songs from them when they make them available, say… below, enjoy … 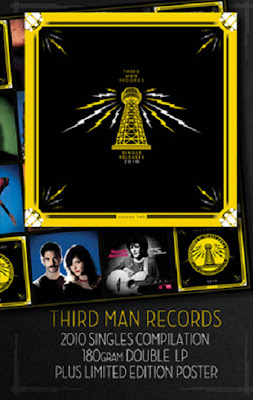 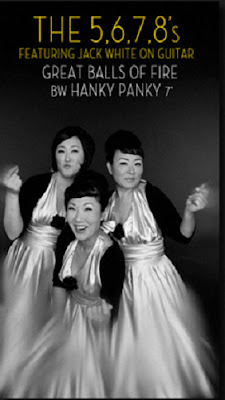 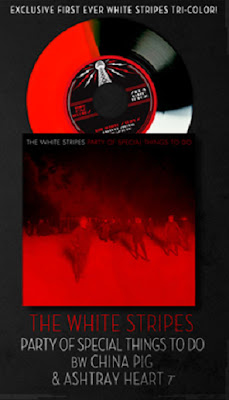