If you got any plans tonight, you should cancel them , The Flaming Lips’ six-hour song has made its entry into the world.

In the wee early hours of September 13th The Flaming Lips finished creating ”I Found a Star on the Ground” – better known as their “ six hour song .”

“I Found A Star On The Ground”  features the names of individuals who donated $100 to the Oklahoma Humane Society and the Academy of Contemporary of Music , and two additional, much shorter songs, “Butterfly, How Long Does It Take to Die” and “Evil Minds”, are being sold alongside a limited-edition Strobo Trip Light Phase Illusion Toy.

If you have some time to kill … slightly more than six hours to be exact, you can download this three songs EP  below  and check it ,  good luck… 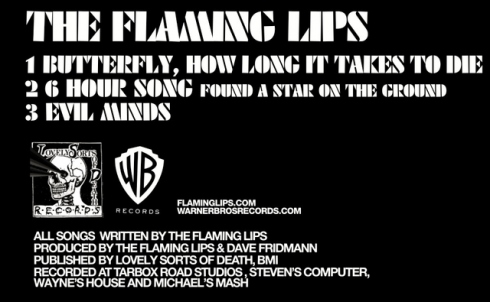